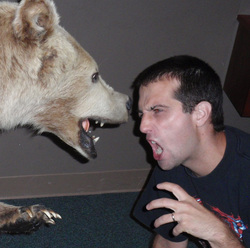 Hello all. Scroll down to see the various works I've created or have collaborated on. Click on the image to go to the Amazon page where you can find more information and add to your cart. Or you can go to my Amazon Author Page for a list of only books I've authored. Thanks for checking out my site, and if you see something that you think is awesome, buy it and spread the word and you have my endless appreciation. Lots of cool things are in the works so check back from time to time.
-Lee Davis 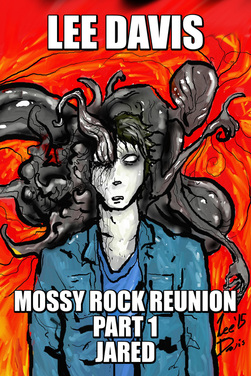 The new novella is out in paperback and on Kindle! This is a great story for new readers who want to jump in, but for those that have read the other books or watched the movie, it picks up where Coralles Coast left off, intersects with where the "Mossy Rock" movie ended, and returns characters to locations traveled in At the Heart of Atrocity! Buy it!!! (Read it, too.) For mature readers who dig S&V, spiritual journeys and over-the-top bloodshed, like the cover doesn't make that obvious enough.


Synopsis: ﻿Jared is summoned back to his hometown of Mossy Rock. There he discovers that a cabal of malevolent yuppies has moved in to exploit the twisted hick town and tap the vile energies beneath the soil. The dimensional crack that Jared thought they'd sealed is vomiting its unholy influence again, and the yuppies have grand designs as they join forces and conspire with the demons from that other world to open wide the forbidden gate.

One month after Jared goes silent, Eric, with his new friends, Jani and Peter, heads to Mossy Rock to investigate.﻿ 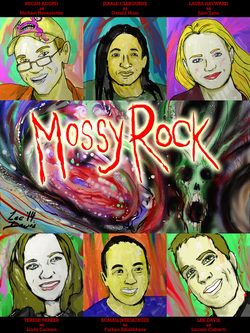 My debut feature length film is OUT! 97 minutes of the most cheesetastic comedic horror indie weirdness ever! On DVD and Amazon Instant Video (rent or buy)! If you've read the novels, the movie ties in. Bonus features include "Behind the Spleens" featurette, book trailers, and Gaki "music" videos! Ohhhh snap, son!
"I finally got a day off where I could enjoy watching "Mossy Rock" and holy cats!!!! I loved it!!!! You made a great drunk pasty white rapper, Micah was adorable as a super fan, and Jerale really captured your main character. I loved Furban's dance, looked a lot like my happy dance after I poop but not in the storage space lol. I can crack bad jokes too. But over all I could see your artistic vision and am so glad it has come to light for you :) And you have my full support on whatever your next project is. Congratulations on your work:)" -Edna Robbins 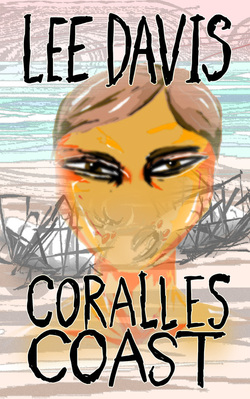 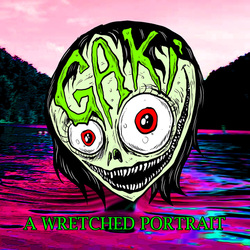 Okay this is only for a few maniacs out there, but I just had to get some death metal out of my system. And what does a guy like me do when he stinks at guitar, really wants some tight riffing and can't find a proper contributing guitarist? He imports a guitar chord and uses it to synthesize an entire album! Pure raging morbid cheese! Not recommended to anybody. Cheers to my friend and big-time supporter Cesar for this awesome review!: "The new GAKI album is so catchy it will dig into your brain and rot away your head...and you will love every second of it." 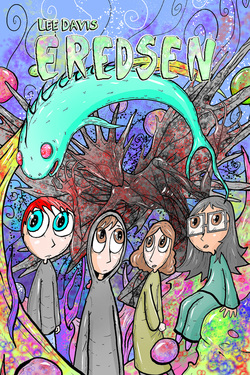 THE corniest creation ever. I inked this comic in a rush shortly after a fantastic dream I had. Four years later, I took it off the shelf, applied color and here it is. I can say it's pretty piece-for-piece exactly what the dream was, with some mechanics applied to help the story make sense, and also I'll say this is just the kind of story I would have released as a kid, back when I was less ashamed of my corny genetics. Synopsis:Jay, Stan, Mary and Orpita have just begun school at Eredsen, a recently established university that is forming a link between humanity and a higher reality. Soon it will be discovered that there are forces that mean to break the growing link between Eredsen and the Light. 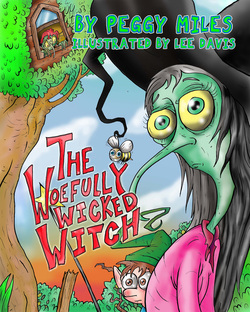 The Woefully Wicked Witch, the first children's book written by my grandmother, Peggy Miles, is finally available in paperback and for Kindle! As you might expect, cute and fun story with big colorful pictures. 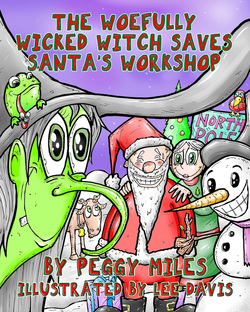 Finally, my dear grandmother, Peggy Miles's children's books are at long last published and available in paperback and for Kindle. The Woefully Wicked Witch Saves Santa's Workshop is (for obvious reasons) a righteously radical Christmas gift for young'uns. 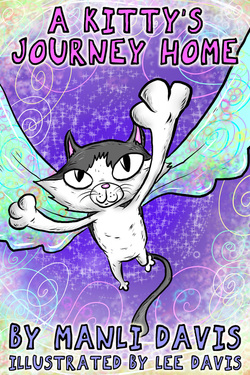 See the book that made my eyes hurt illustrating it. About the passing of our beloved cat. His name was Oreo in reality but for copyright reasons his name remains Cookie in the books. For a few bucks you can be really sad and hopefully moved and maybe enjoy the illustrations that were really difficult for me to make on Kindle or in paperback. Or both. Whatever. Excuse me, I ... I have to go. I ... WAAAAHHHHHHH!!! 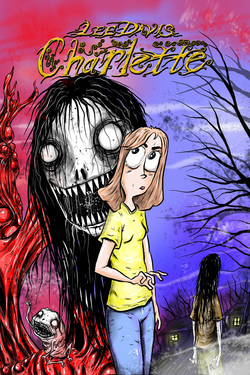 Charlette is the new horror comic series. Art is sketchier and in black-and-white for the sake of speeding up the creation of stories. As you might have guessed by the cover art, this may not be suited for younger readers. On Kindle and in paperback. 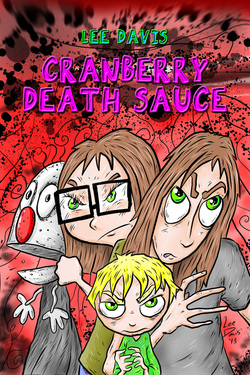 New comic, dark comedy and satire, PG-13 in nature. On kindle and in paperback. 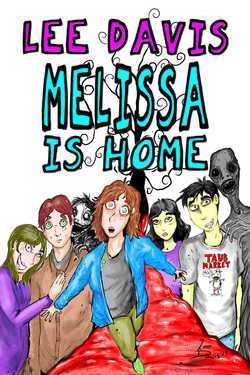 The new horror novel is available in paperback and for Kindle. For mature readers. 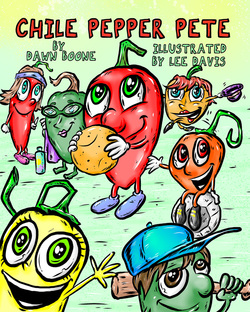 Chile Pepper Pete is Dawn Boone's first children's book, and it is loaded with athletic, active pepper awesomeness! More big colorful illustrations and fun in general, it's recommended to just about everybody. Available for Kindle and in paperback. Also don't forget to check out the abundance of edible awesomeness from UK's Chilli Pepper Pete Store! Connect on the LINKS page! 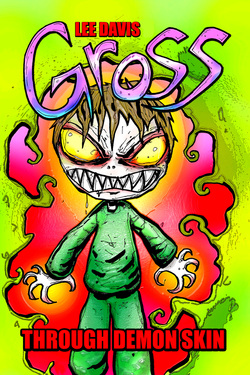 Out now. This is a paperback formatted comic book that compiles the 4-part story originally featured in Strange Aeons Magazine, in color for the first time. Recommended to readers of all ages who enjoy battling the forces of evil. 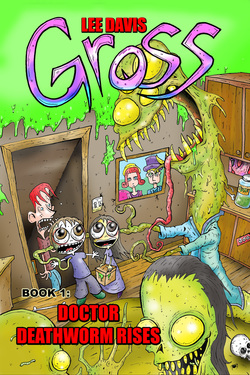 This is the first Gross book. It follows directly after Through Demon Skin. This book was created to capture the adventures that Donald and company have experienced, but I don't have the time to embody in comic format. This rad book is recommended to young readers and up who, like me, can't stand demonic worm fascists who think they're better than you. Isn't that everybody? Oh, sorry to you demon-worm-fascists, guess you'll have to skip this one. Also available for your Kindle. This book is the recipient of the indieBRAG Medallion. 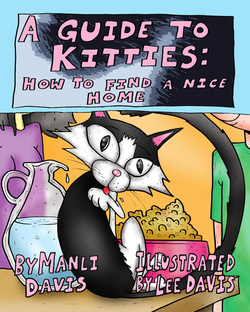 This children's book is available in paperback and for your Kindle. Although the guide is specifically for cats, it requires humans of all ages to read them to said cats, because cats can't read or turn the pages with their paws. This book is the recipient of the indieBRAG Medallion.

Ida Claire is another wonderful children's book written by the best-selling author, Scott Nicholson. It's a wonderfully imaginative story, very Dr. Seussian, and features my illustrations. Perfect book to read aloud with your children. Available in paperback and for your Kindle. 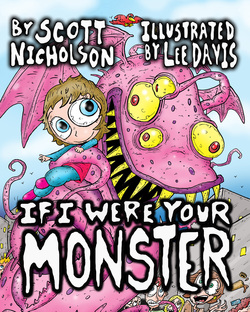 If I Were Your Monster is the too-fun children's book that's overflowing with gnarly monsters (of the friendly sort). This is the first children's book that I illustrated for Scott Nicholson and I'm very happy with it. It's available in paperback and for your Kindle. 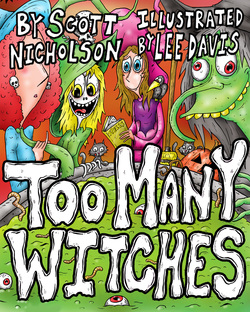 This outstanding children's book is by the best-selling author (and my buddy), Scott Nicholson, featuring my artwork. Recipient of the indieBRAG Medallion, along with book of the week (just before Halloween, wouldn't you know), this is a book that is all around creepy fun, with a theme based around friendship and teamwork. How can you go wrong with that? Available on paperback and for your Kindle. 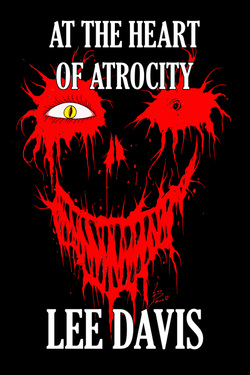 This horror novel is for MATURE READERS only. The book contains a map of the town in which it takes place, and is overflowing with extradimensional monsters, zombies, violence and all that gnarly stuff. Recommended for mature readers who enjoy battling otherworldly forces of evil. Available in paperback and for your Kindle. 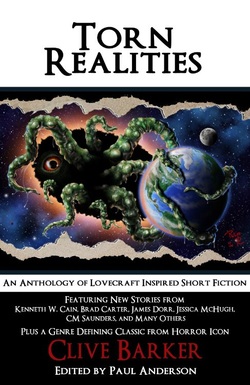 This outstanding anthology of outer, Lovecraftian fiction features my short story The Residents of Mossy Rock along with many other disturbingly awesome tales from a fine array of talented authors. It also features a classic tale by the master, Clive Barker. Get it on paperback or for your Kindle. 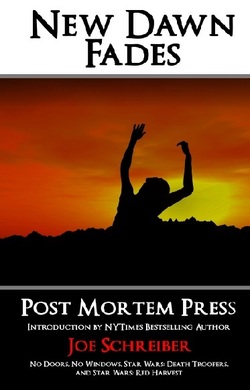 This sweet anthology of zombie fiction features my short story Within the Folds of the Blackened Veil (how's that for a cheesily awesome title?), with many other stories that are so decomposed and undead that you can smell them as you read. (Not guaranteed.) I am also happy to say that this anthology features an introduction by one of my new favorite Star Wars authors, Joe Schreiber. Available in paperback and for your Kindle. 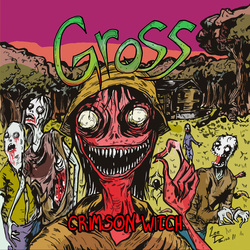 Gross is my death metal project. It's raw, primitive and talentless. I've loved death metal since I was a kid, but since I stopped being an angry teen, the music, while remaining mean, developed a conscience and stopped going with the typical trend in DM of being pointlessly vulgar and ugly. It's still mean but in this death metal, the ones doing the dying in the lyrical fantasy are all very bad people.  Available on CD and for digital download. This music is not for most people, it has a very limited audience! 90% of humanity would hate this noisy, sloppy metal, but I don't make death metal for fame or fortune. 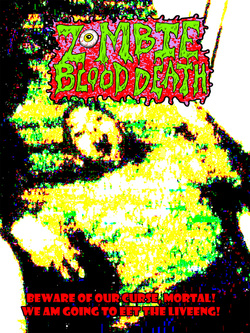 Imagine the worst zombie movie you've ever seen multiplied in crappiness by 100, and you have my directorial debut, Zombie Blood Death. We were inspired to make this after watching a terrible German zombie film and laughing at the atrocious English voice overdubs. We set out to make a terrible movie, and we did just that with flying colors (and ketchup). This historical piece of cinematic poop is available on DVD and Amazon Instant Video, rent or buy. Warning, this movie is so bad and stupid, your brain may melt a little bit from watching it.