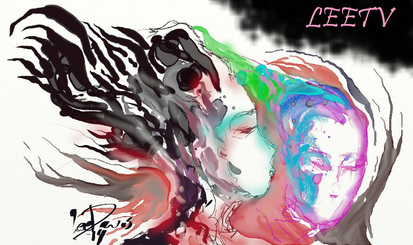 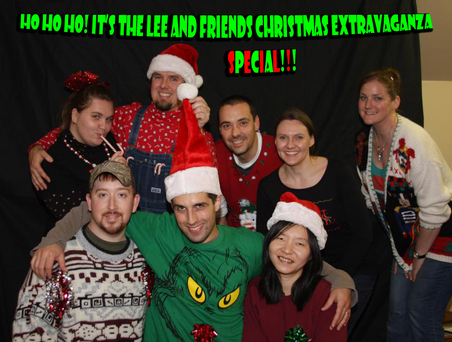 Just kidding, I didn't make a Christmas special, but I like this photo of my friends. This is the page for videos I make. My videos tend to be advertisements for my work, random footage I captured that's cool, excursions with my friends, narrated comics, and so on. Lately I've been very eager to post more video reviews where I can talk about the things I love in film, music, comics, books, etc. Just anything that has moved me in some way. Stay tuned for video reviews, and if after watching you decide that you'd like to check out the work being reviewed, head over to Amazon and treat yourself! In cases where the work is not available on Amazon, a URL will be provided where you can order. God bless you all and support independent artists! You can also go directly to my Youtube page for more videos.
Have you bought this yet either in paperback or for your Kindle from Amazon? If not then do so forthwith!
Check out this cool interview by Steven Stanley of Radio Free Roanoke!
Music video for the forthcoming Gaki album, with footage from the "Mossy Rock" movie. CHEEZE!!
A dedication to Cathy McBride, my fourth grade teacher; best teacher I ever had; best teacher that ever existed.
Preview for MOSSY ROCK!
Teaser for show in pre-production. A quick glimpse of the amazing special effects for this pile of outstanding cheese.
My Home Repair show has gone LIVE! First episode hit its bumps and was on a tight budget, but tune in if you want to learn tips and tricks for home maintenance that will save you $!

And check out some of my early work that survived the ethnic cleansing.

My Phantasm fan comic. Doh! I meant to say, my Phantasm, PHAAAANNNN comic.

And why, may I ask, was I not informed sooner that one of my favorite actresses of all time has a self-titled CD out?? That it's available on CD and MP3 at Amazon, and that her second album, "Valley of Love" is fast approaching? I blab about it here....

I talk about one of my favorite bands, Broken Hope;memories of becoming a fan as a teen and hype about their new album.
Reflecting on my long-time fandom of the great British death metal band, Carcass, with some thoughts on the forthcoming album, "Surgical Steel".
I documented some bits and pieces from a nice outing to stay with my great friend Josh. The weekend was built around the event of Cannibal Corpse coming to town, and we were past due to see them live. It was a great weekend, with typical finding-the-venue-in-the-twisted-city and "this venue sucks! It's so small!" fiascoes intact. The video runs on, with poor quality. Some photos of meeting Pat O'brien and Vincent Brusio. Good times!
My cat is a killer, and sometimes, when I'm able, I am able to save woodland creatures from his vicious jaws.
I'd wanted to talk about music, movies, comics, etc. that rule on a previous video I created but decided it would make the run time too long. I was right, this ended up nearly 50 minutes. Pause on the "menu" and you can see the (slightly inaccurate) Table of Contents and skip to a specific article of review. This is for fellow geeks, in particular lovers of horror, metal, zombies, Fraggle Rock, celtic music, I need some coffee....
I made my own ridiculous Halloween safety infomercial. Um, well, I don't know what else to say. Protect your kids from cutting their hands while carving pumpkins.
Tongue-in-cheek, cheesy death metal music video for my world-famous band, Gross. Part homage/spoof to one of my favorite bands ever, Cannibal Corpse.